LOVING SELF SERIES : SIGNS OF CHILDHOOD EMOTIONAL NEGLECT
“One of the things that can happen to a child if no one is interested in their feelings, is that they can grow up feeling like their problems – and maybe even THEY – are a burden to other people.” ~ Allyson Dinneen
There’s that tendency of anxiety,depression and low self esteem.
Especially when one discovers that he/she suffered or is suffering from childhood emotional neglect.
I could remember when I went to the pharmacy about 10 years back,
Then I was confused and angry at the same time.
The reason was because I had taken the drugs that were prescribed for me but it appears I was not getting better.
I walked faster than the people that accompanied me that day even though I was feeling dizzy and could fall at any time.
“What nonsense” was like a ringtone in repeat mode in my head.
I kept dragging my feet forward hoping to meet the doctors & the nurses too,
Because I won’t spare anyone seeing how upset I was that day.
As planned, I raised my voice at them,
How would I continue to feel this way despite the treatment from these respected medical personnel,
I argued!
Until the doctor calmed me down & told me that,
“It was not the drugs that was the issue.”
He continued “The main matter was that IT NEEDS TIME.”
Could you imagine my reaction when I heard the doctor’s response.
That the drugs needs time to work effectively after the scene I created earlier.
Then I inquired ” how long doctor? ” in a voice that sounded innocent and tiny,
And he told me. End of story for now.
This is what awareness does to us.
As it opens our eyes to see clearly and better the true state of things & not as we interpreted them.
The truth is,
Childhood emotional neglect (CEN) is not a disease or mental illness,
No!
Neither does it mean you are damaged (I know what the fear of this can do),
Or flawed or perhaps different.
What it suggests is that emotional validation & attention was missing.
For too long, we have held onto the idea especially as parent that all that matters is,
For the child to complete his/her schooling,
Display academic brilliance and possess high intelligence quotient.
Majority did not consider emotions to be important, howbeit that of a child.
So, those feelings were repressed and considered to be irrelevant,
Till we became adults and it reminded us.
Now the question,
What are the signs of childhood emotional neglect?
How do I know it is one area to work on?
Let’s check them out below:
1. You have trouble asking for help.
2. There are friends/family who complain that you are distant.
3. You judge yourself more harshly than you judge others
4. You are not only unaware of your feelings but you are afraid of them.
5. You struggle to speak up for yourself.
6. You have deep feelings of emptiness.
7. You feel that you are full of faults and imperfections that cannot be worked on.
8. You feel less then or less legitimate with other people.
9. You secretly feel that there’s something wrong with you.
10. You often want to be left alone
These above are some of the signs.
Did you observe that those pointed to what you needed to work on?
Any comments or questions, kindly send them.
Let me end with this quote,
“As you dig your teeth into your assumptions, your teeth becomes sharper. You can dig deeper. YOU BECOME WHAT THE WORLD NEEDS SIMPLY BY HELPING YOURSELF. It’s not easy, but it is worth it. The truth, as they say hurts. But they also say it sets you free.” ~ Vironika Tugaleva
Remain shameless in order to be free.
Written by Emmanuel Aginam 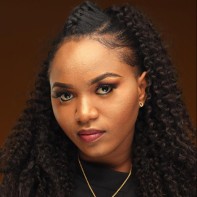 Why did you marry your wife? (PART 1)

A LETTER FROM THE LIFE SOJOURNER

Why did you marry your wife?...

Ngaji Chiaku - June 16, 2017
0
Why did you marry your wife? Your answer might have any or even more of the following statements...